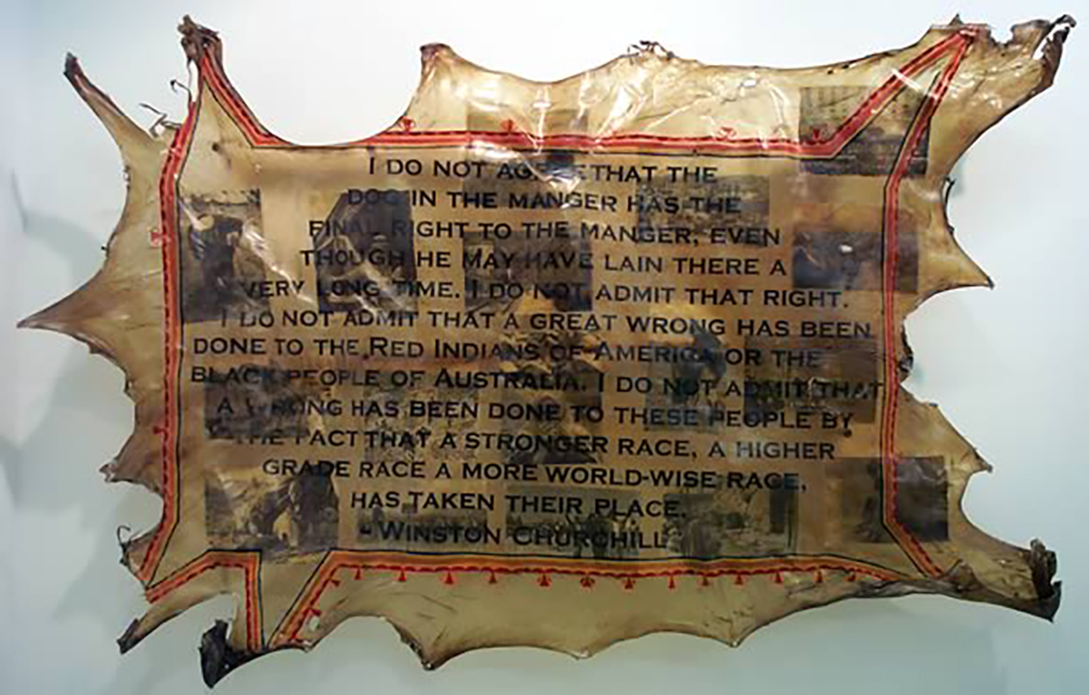 (During the british colonial occupation of palestine Churchill testified at the hight of the British Colonial offensive against the Palestinians to the Peel Commission of Inquiry in 1937. Churchill justified the military action on the grounds of the racial superiority of the Jews to Arabs.)

The individual images (from the UN) are of the expulsion of 800,000 Palestinians from their native lands at Israeli gun point (Al Nakba).