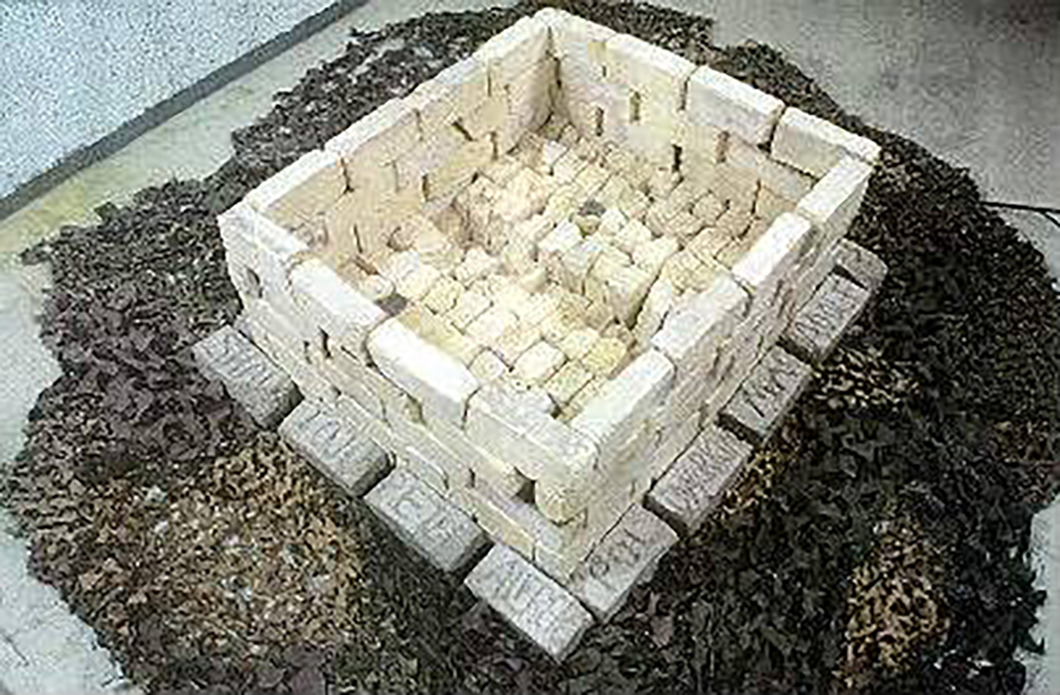 In 1981, Eric Ringsby spent the year living under two fascist dictatorships in South America. He lived under the regime of General Stroessner in Paraguay and of General Pinochet in Chile. Living without any civil rights in countries that routinely imprisoned, tortured and murdered with impunity forever changed Ringsby and made him keenly aware of threats to personal freedom by those in power. It is largely for this reason that he felt so personally responsible to call academic political correctness in to question as a threat to the free exchange of ideas in the American university environment. The Gulag, 1994 is a sculptural representation of a prison of political correctness. The names of infamous 20th century dictators and politically correct gurus satirically line the walls of a jail packed full of political prisoners, i.e. the students, are symbolized by broken bricks. Ringsby’s comparison of feminist theorists with Khmer Rouge leaders was meant to satirically point out that both were against free expression and that one follows the other. In defense of both The Gulag, 1994 and of the entire Mano Poderosa installation the artist quoted Thomas Jefferson, “The price of liberty is eternal vigilance.”