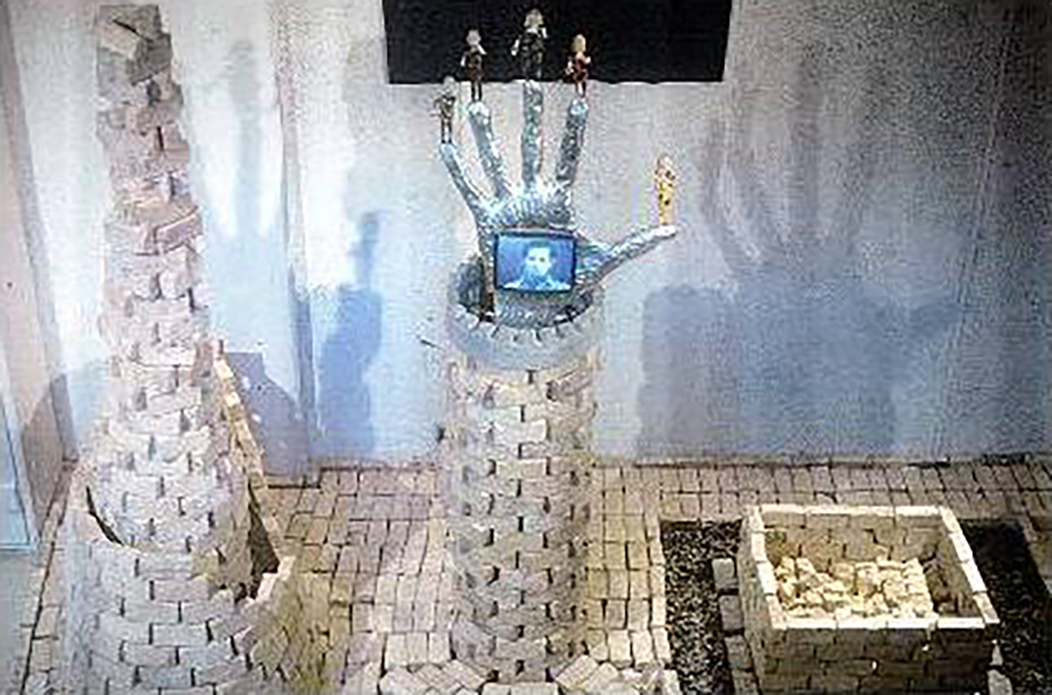 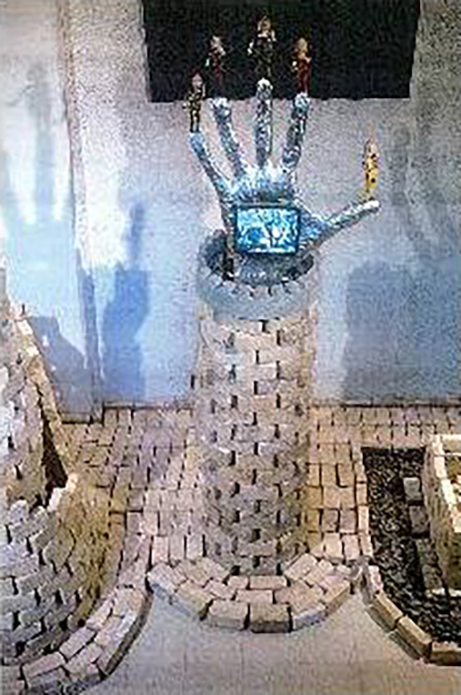 Mano Poderosa No. 2, 1994 both builds directly upon its previous version. Now it has become much more like the Mexican folk image The wooden Santos from Truth Spelled Backwards, 1994, perch like birds on the aluminum hand’s giant fingers. In the folk image Biblical figures stand on the fingers of Jesus. A deconstructed 13 inch color television has been built through the hand’s stigmata. Playing on the TV is a digitized computer video by the artist. This satirica video entitled, “Portrait of the Artist as the Enemy,” uses the ancient religious architectural feel of the installation to put forward Orwellian “Big-Brother” message. The ivory tower of Babel stands to the left. Several additional tons of 100 year old Chicago brick were used to pave the floor with the idea of more formally completing the idea of an ancient religious capital as in Mesopotamia, Egypt or on of the great Aztec, Maya or Incan cities. In his artist video Ringsby’ “Big-Brother” argues both why he should and should not be expelled from “the academy” for crimes against political correctness. Give the milieu in which the video image is presented the image takes on quasi-religious feel of one of the ancient god-kings. Ringsby exploit this to the fullest in an effort to satirize those who would use the awesome power of the university to canonize ideals which opress rather than liberate and deify themselves in the process. The following pages include two different views of the installation an one of a close up of the bricks composing the tower. On the bricks is the word “WAHL” which means vote in German. See page 22. The direct allusion is to Nazi Germany when Germans elected to go along with their insidious status quo. By complying with the regime Germans chose not to rebuild The Reichstag, their democratic capitol but to build Hitler and Speer’s Neo-Roman architecture of imperialist conquest.