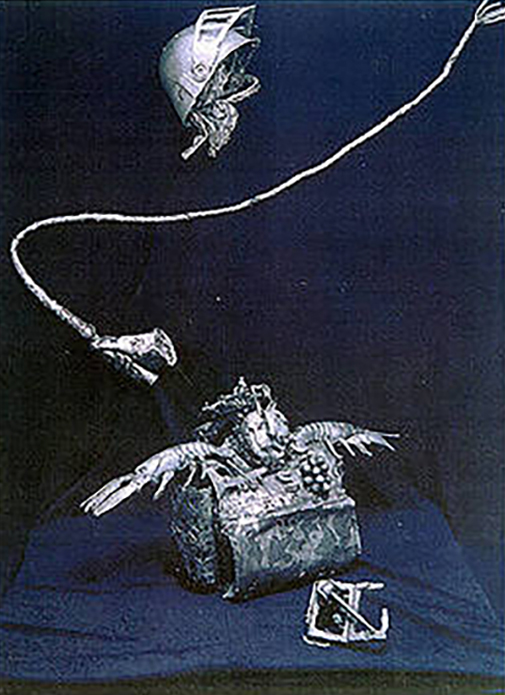 This sculpture is a portrait of Paraguayan military dictator General Alfredo Stroessner Eric Ringsby lived under his, as well as Chilean dictator Augusto Pinochet’s, brutal regime in 1981. Horrifying, 1985 addresses the systematic oppression of individual rights and personal liberty by military juntas in Latin America. The lobsters are representations of the gold filigree epaulets of Stroessner, Pinochet, Peron and other South American dictators whose mentality is on par with that of vicious crustaceans. The whip and Bible refer to the mock religious manner in which Stroessner justified his wide spread use of torture. They also refer to the clandestine genocide of the Ache’ Indians in Paraguay carries out by missionaries supplied with US weaponry by the Stroessner government.