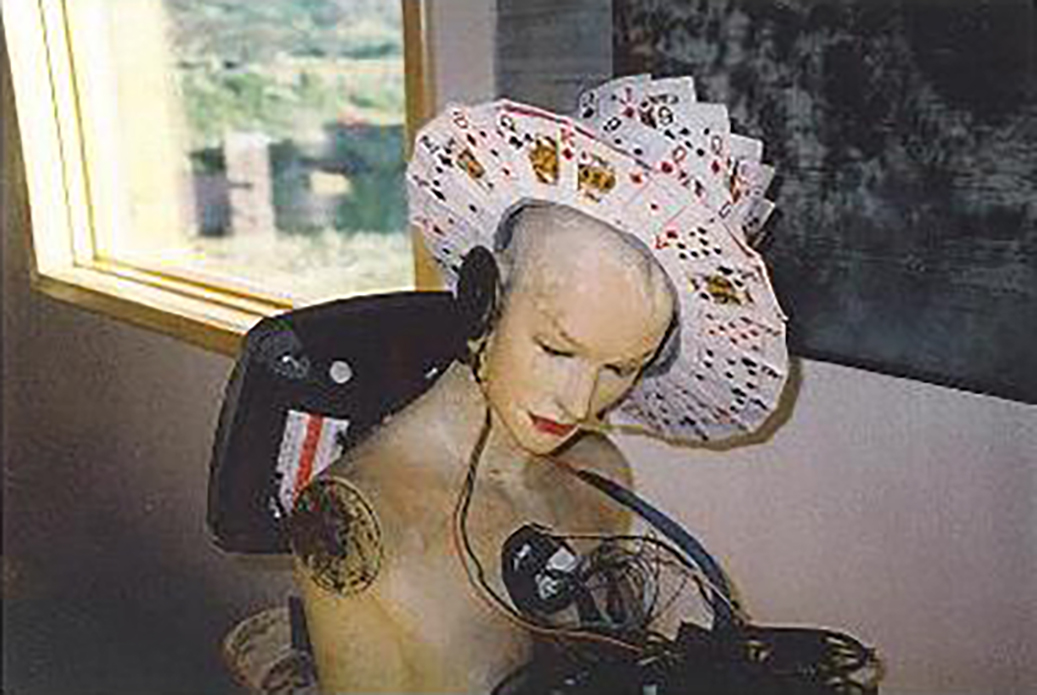 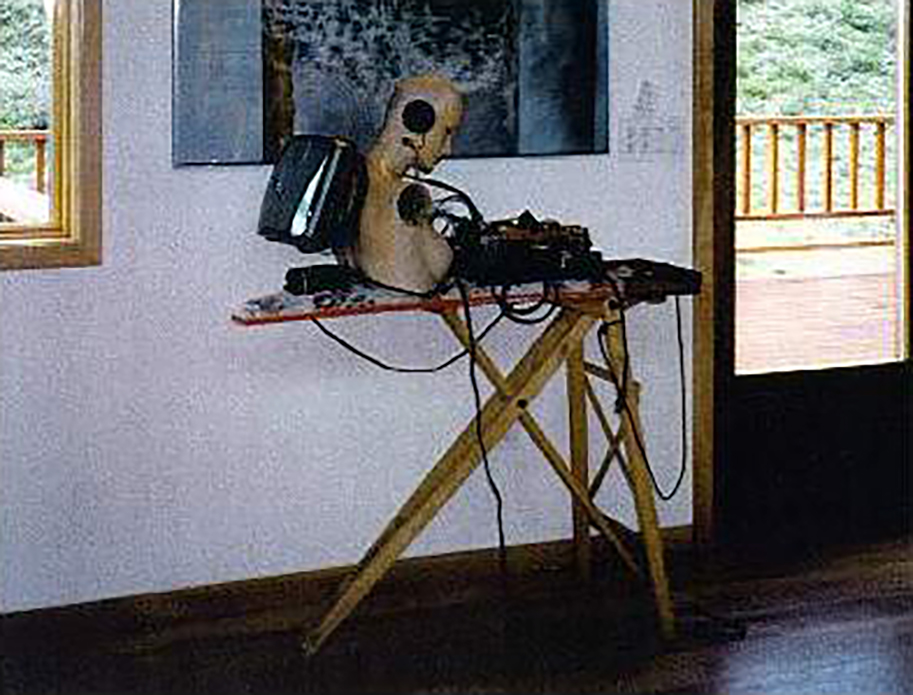 Feminist Video Sculpture, 1993 is a female counterpart to Ringsby’s Burning Dilemma, 1992. Both video sculptures have deconstructed 13″color TVs stationed in their torsos. Each plays political videos and have “owners manuals.” Postmodern multimedia androids challenge the viewer into deconstructing the personal impact of media technology. In Feminist Video Sculpture, 1993 the idealized image of a woman, a mannequin of a white female from the 1920’s, is firmly planted in a handmade ironing board from Mexico. As the iron rack is made from jalapeno cans, it embodies subconscious antagonism towards men. Hot irons would rest on phallic images. The female figure symbolically bears the weight of her media constructed image. The deconstructed TV in her back features actress Tura Satana in “Faster, Pussycat! Kill! Kill!” Tura furiously smashes media stereotypes of the docile weak female. The traditional woman must confront the expectations society has about her as a modern woman and vise versa. Two “Owners Manuals, ” accompany the piece: “Brief Deconstruction of the Use of Freudian Analysis in Feminist Film Theory” and “Vogue.” The first is a feminist theory satire and the second is a scathing attack on the fashion magazine fixation with the perfect female body.