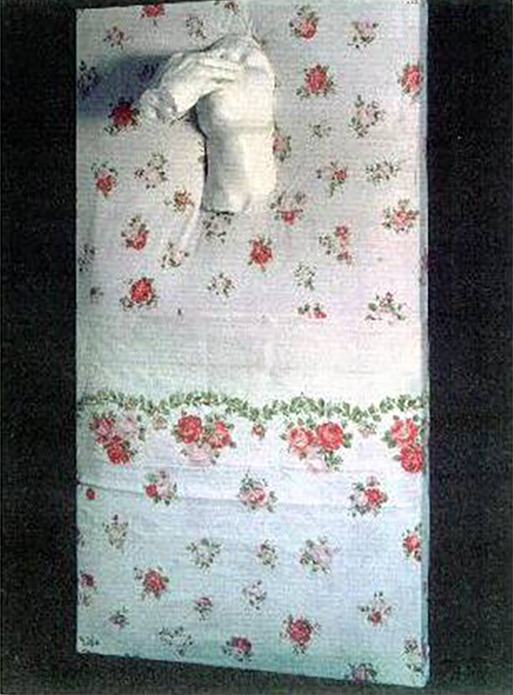 The title of this sculpture, Father Knows Best, 1988 rather cynically refers to the 1950’s television show about an All-American family. A good friend of Ringsby was sexually abused by her step-father from ages 13-15. She said, each night he would tuck her in and tell her a bedtime story. But she knew what was coming. He told her if she told her mom he would kill her. She believed him and complied. Finally, two years later, she told her mother. In this sculpture a male hand pushes a female face into a bed, just as the victim described the act to the artist. Ringsby believes it is a vitally important to acknowledge and accept those those who have been sexually abused. Such devastating personal abuse can be almost impossible to overcome. Society at large needs to come to grips with this problem rather than disavow how common incest is.