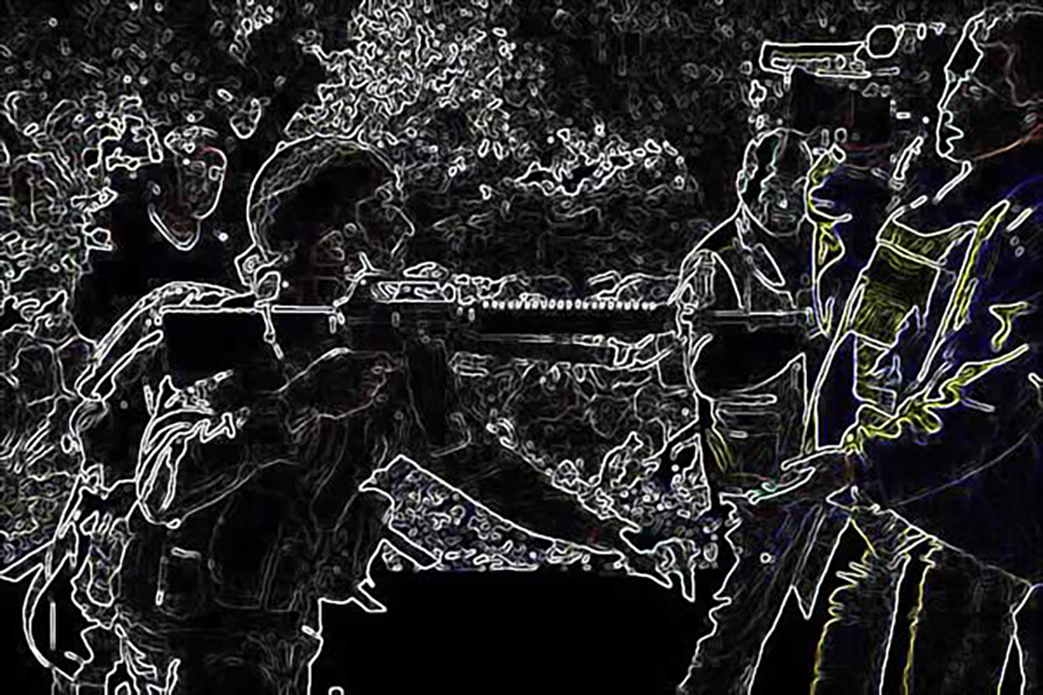 C-print face-mounted on plexi, with floating box mount on rear
Edition of 4, 16” by 24”

In the above image an IDF (Israeli Defense Forces) soldier threatens an international or foreign cameraman in the Occupied Territories. As of April 2003 five foreign journalists have been killed by the IDF. This piece is dedicated to Iyad Samudi, the producer of the film, Jenin Jenin, 2002. His film, banned in Israel, documents the massacre at the Jenin Refuge camp in 2002 in which 250 people were killed and 13,500 left homeless. Samudi was shot and killed by the IDF just after the film was complete. Kofi Annan’s UN investigations of alledged war crimes were successfully blocked by the US and Israel.

Original image forwarded to Eric Ringsby by a member of the International Solidarity Movement to help educate the American public through art. Ringsby is a peace activist member of this organization dedicated to liberating the Occupied Territories by Gandhian non-violent direct action.
Visit www.palsolidarity.org. for more information.