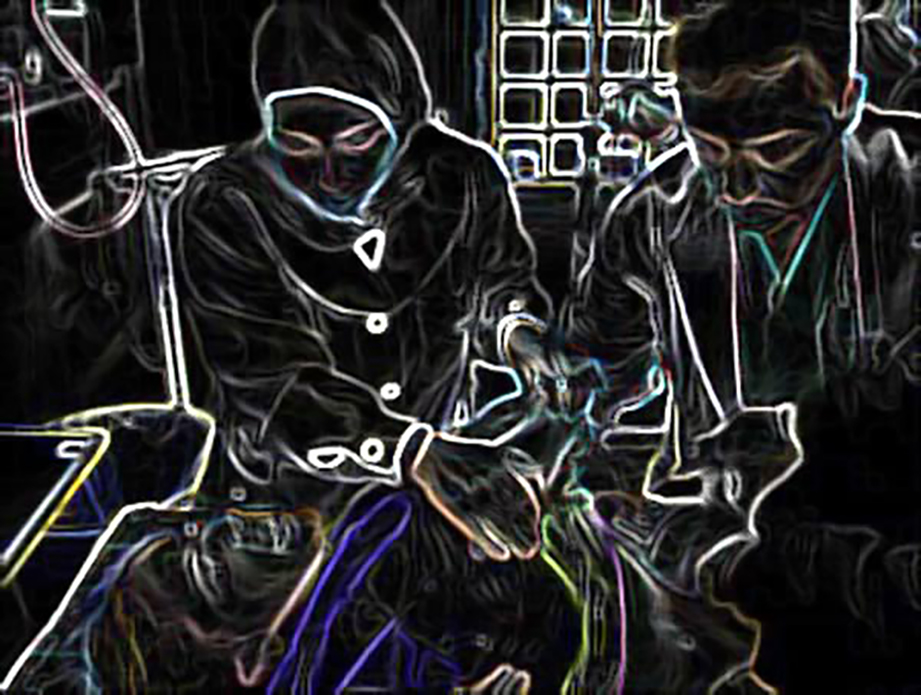 In this scene a Peace Activist from the International Solidarity Movement is being treated in a Palestinian hospital having been severely injured by Israeli forces. Members of this international organization are dedicated to liberating the Occupied Territories by Gandhian non-violent direct action. They have been arrested, beaten shot and killed by Israeli Defense Forces.

Rachel Corrie of Washington state was recently killed by the IDF for attempting to stop the illegal bull-dozing of a Palestinian home for the construction of the so-called Apartheid wall. Tom Hundall of the U.K. was recently shot and killed by Israeli forces while acting as a human shield for Palestinian children trying to cross the street. Eric Ringsby is a member of the International Solidarity Movement.