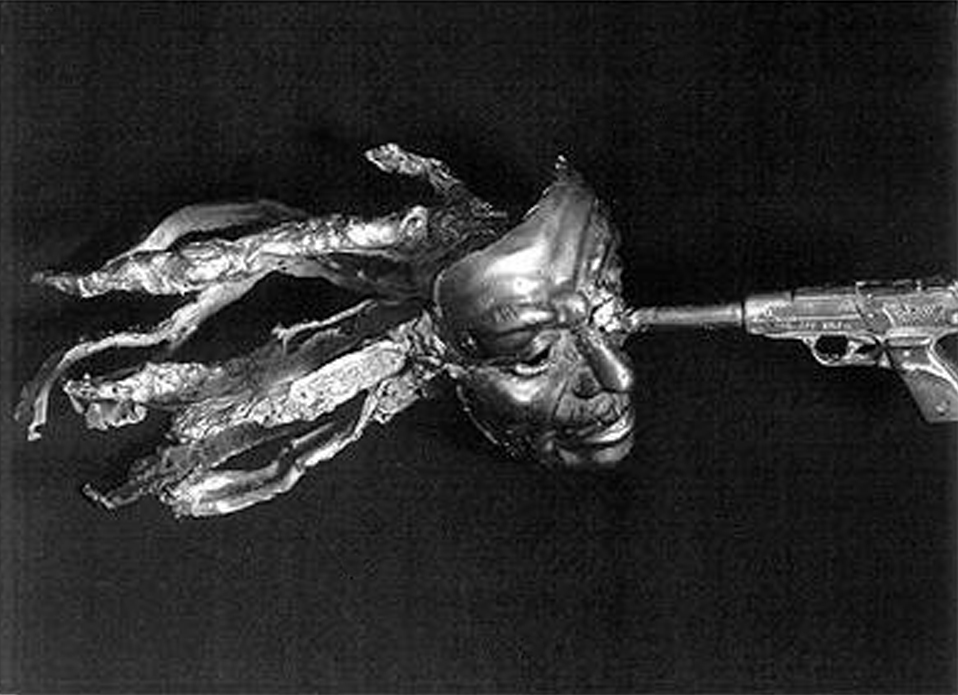 Bronze has an ancient tradition of having been used to monumentalize the acts of war, its heroes and politicians. Inevitably, war bronzes allude to violence and death in an allegorical or stylized manner. Bronze has been used to monumentalize the war dead as it is a precious materiel, gives a life-like representation and can last indefinitely. In Whoops Outside Your Head!, 1987 Ringsby turns the heroic history of bronze on itself. Here he uses sacrosanct bronze to amplify the impact of actual street violence and to monumentalize it. The gore of violence is not removed. Quite the contrary, as the title indicates, this is a sculpture of one of the brains being blown out. And although the gore is stylized it is life-like. The title also alludes to Gangster Rap music and its glorification of murder and mayhem.