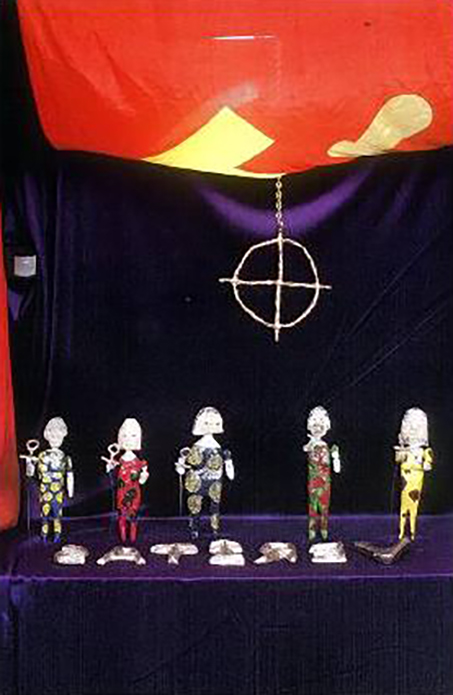 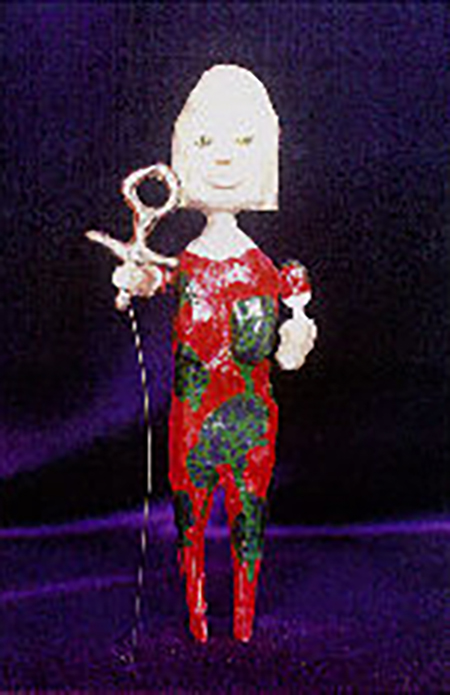 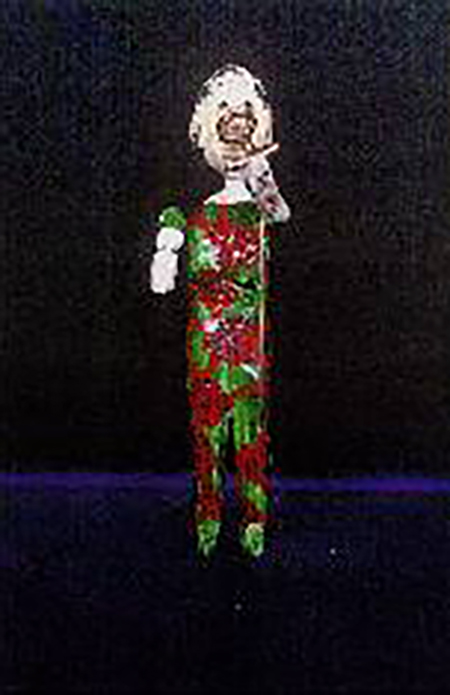 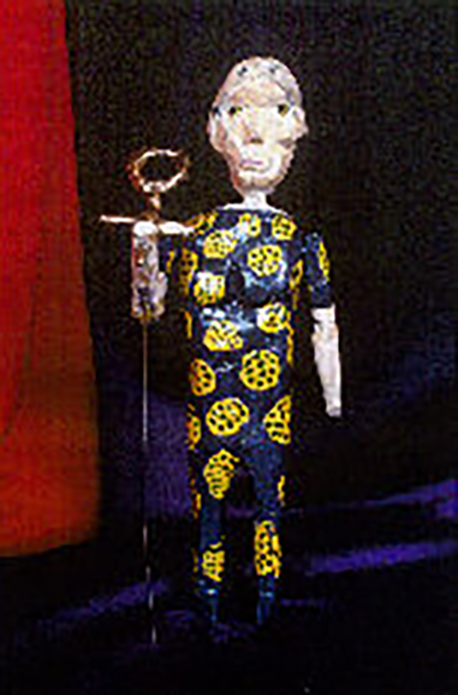 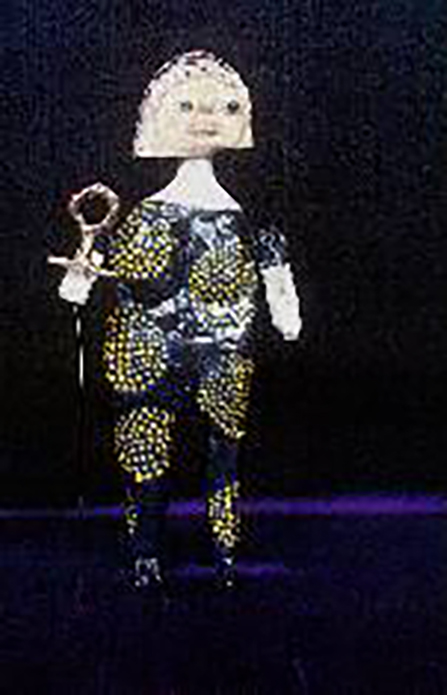 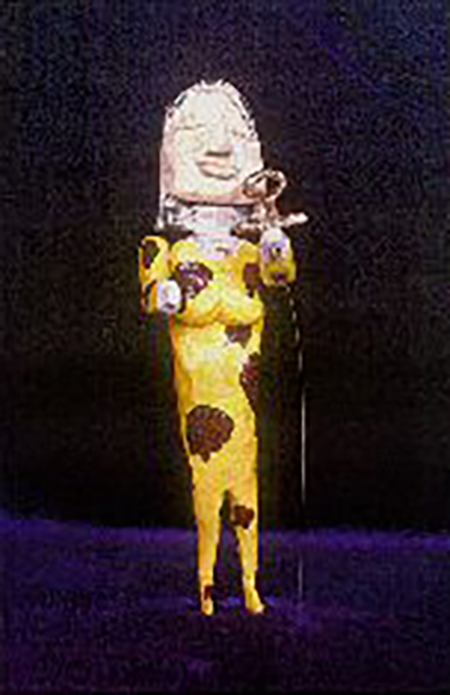 Ringsby’s graduate work at the School of the Art Institute of Chicago satirized academic political correctness at its peak. The bronze text reads “SATIREV,” which is truth (Veritas) spelled backwards in Latin. When one approached this quasi-Voodoo alter of resplendent purple velvet and red silk, five feminist figurines automatically raised their female symbols, the mirror, in unison. The figurines are caricatures of several of the artist’s radical feminist professors. Intended to amuse and provoke, the gesture combined connotations of ideological power, i.e. the specter of Nazi and Roman authoritarianism, Christian evangelizing and of female self-consciousness. The figurines are carved from wood in the style of Santos, wooden saints from Latin American churches and symbolize radical feminist ideologues. A cast bronze Celtic cross hangs over them through a rip in a red silk communist flag. This cross is also the Voodoo symbol of the crossroads which represents the intersection life and death. The mirror symbol the Santos grasp, which is the scientific symbol of woman, is the same as the cross only the religious symbol is enlarged and folded over. When the figurines raise their power symbols they evangelize their ideology into an insidious quasi-religious caricature Each Santos, “Lucy” “Patti” “Kay” “Abigail” “Toni” are pictured in detail to the left. Each is approximately 2 x 4 x 9 inches. Carved from wood, each has an arm which automatically rises (thanks to an infrared motion detector) with her power symbol with the approach of a viewer. Each woman appears haggard and wears colorful multicultural clothing for political purposes.