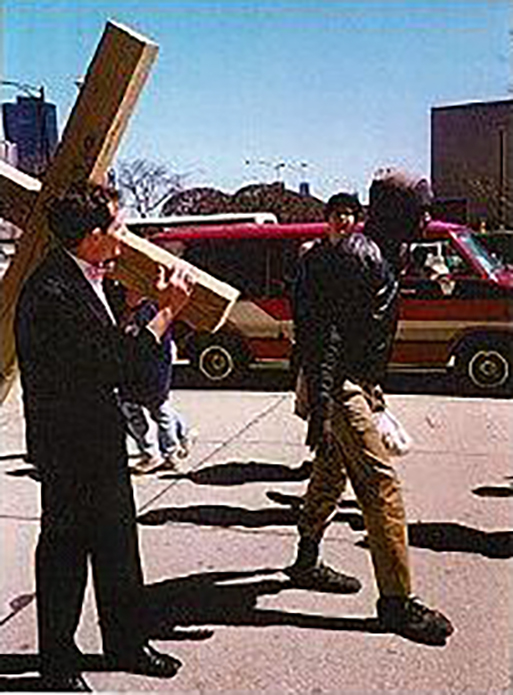 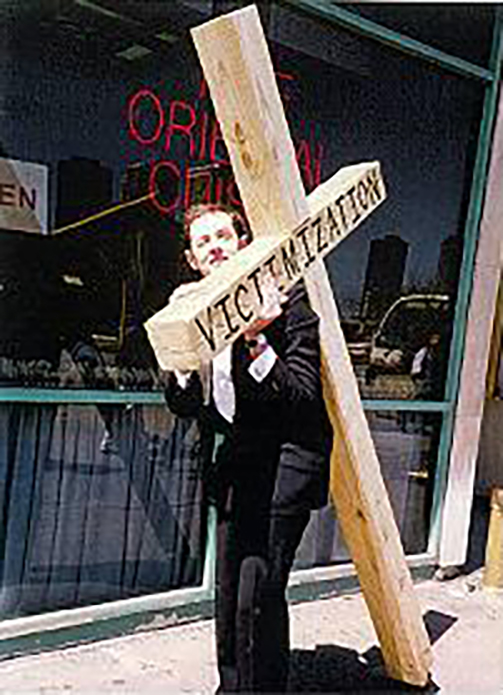 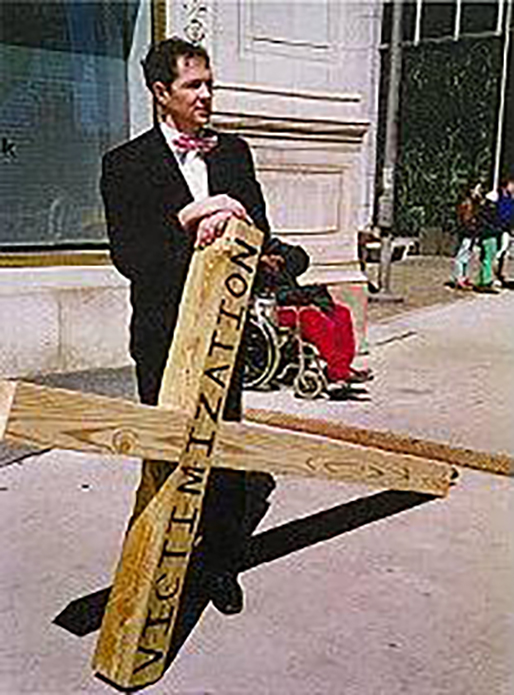 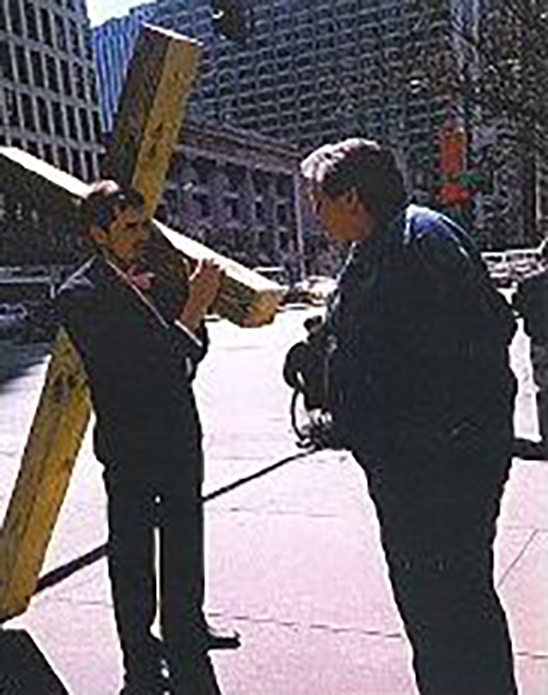 This performance was held on the anniversary of the Stations of the Cross, when the Romans forced Christ to carry the cross for his own crucifixion, then crucified and killed him. Eric Ringsby wheeled nine foot cross one mile down the Miracle Mile of Chicago to the Chicago Art Institute wearing a tuxedo. The artist wished to us perhaps the ultimate example of martyrdom to protest and question the increasing cross-cultural problem of the gross glorification of victimization throughout popular culture. Victims and victimization dominate the media, talk shows, radio, newspapers, Internet, art, etc Victims canonized by the media, from the Bobbits, Rodney King, the Menedez brothers, Bernard Goetz and O.J. Simpson, warp our sense of justice and well being. Many self proclaimed victims have bee overly rewarded. At the same time, Ringsby, in his satirical victim protest, wished to point out that we all have crosses to bear and that we must all suffer. Suffering is not limited to certain minorities Ringsby discussed the nature of his performance piece wit passersby’s and had many exceptional conversations. Homeless African-Americans on the street told him they understood perfectly well that we all have crosses to bear. One young black man confide in Ringsby that once he blamed his problems on the white man until he realized it was just an excuse. He then moved out of the projects quit drugs and started a new life. He said his old friends still think of themselves as victims and are still in the same situation he left the in. Ironically, but given the politically correct times perhaps it is no so ironic, Ringsby was accused of having engaged in a blatantly racist performance by colleagues at the Chicago Art Institute. Ringsby’s response was that they completely missed the point. To the self made media martyrs of the world Ringsby says, “Just get over it.”