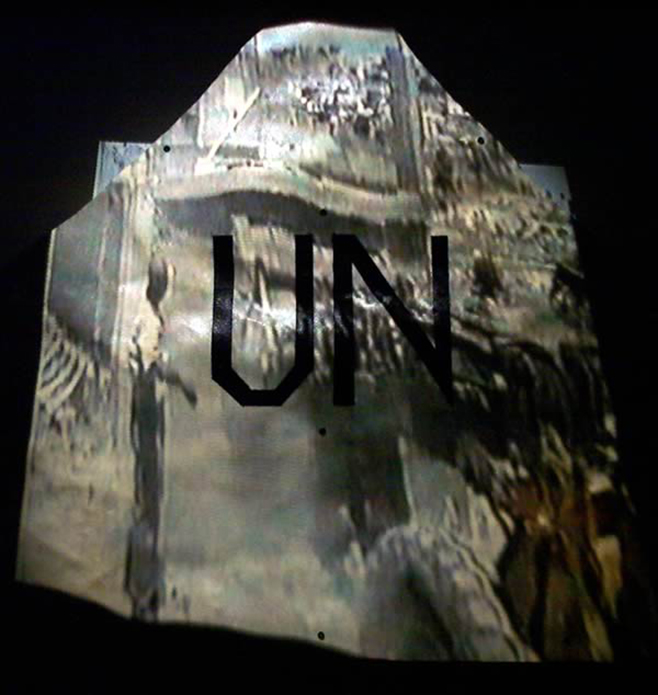 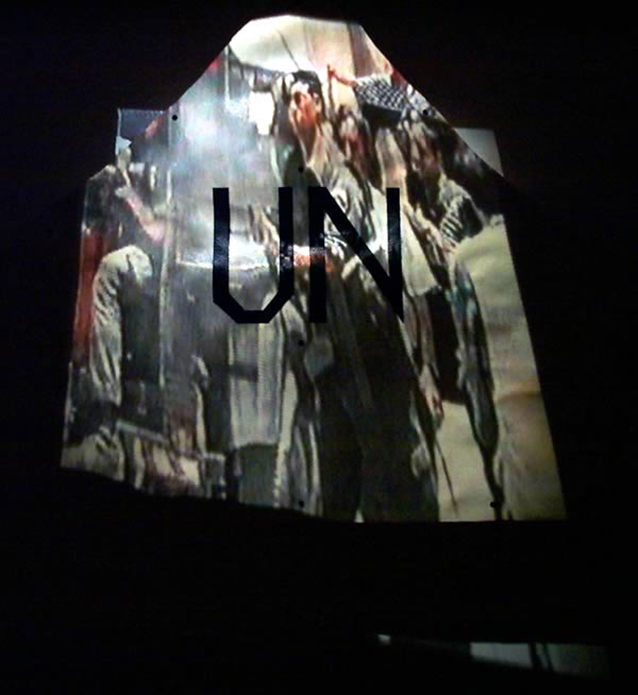 Sculptural UN refugee tents are used as video projection screens. These tents are reminiscent of Plains Indian teepees painted with historical pictographs. The video footage here depicts acts of violence meted out by the Israeli Defense Forces against the stone throwers of the Intifada and of the forced eviction and destruction of Palestinian homes to make way for illegal Israeli settlements.