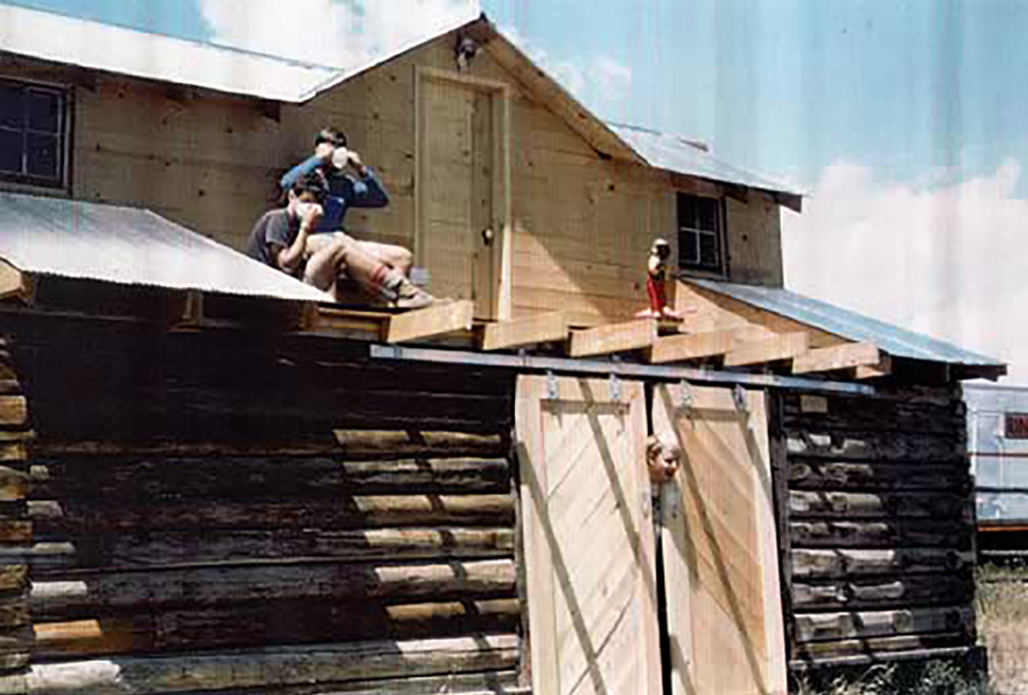 Ringsby regards architecture as sculpture and comes from a family of several architects. Having visited the Brandenberg Architectural Museum in Switzerland, which houses perhaps fifty different architectural styles from all over the country, he decided to design and build a useful and innovative log structue of his own. Ringsby realized most of the beautifully constructed houses and barns were made by unskilled laborers who merely copied what their neighbors had. He thought if Swiss farmers can do it why can’t I? He studied the various dsigns of Swiss barns and then the barns throughout the United States. Ringsby was enthralled by the idea of creating and preserving something of archaic rural architecture in a time when most all new farm and ranch buildings were being made in innocuous steel siding. Ringsby wanted to create a building of great personality, that fit the surrounding, used local materials, that carried on traditions of the Old Western architecture and of fine hand made wood work. He did not want to put another faceless steel shed on the American landscape. After salvaging all useable logs from two decrepit ranch buildings, Daniel T Knapp, Ted Hubbard and Bill Van Zee helped Ringsby build the the two story structure. Ringsby and Knapp solved the problem of having too little useable space in the hay loft, only 45%, with the common single gable roof design. Instead, the elected to make a railroad car-like hay loft above with adjoining “Scotch” deck for the enjoyment of that beverage. With its unconventional design the log barn is mnore than functional, recreational and beautiful and has more personality than had it a more typical design.