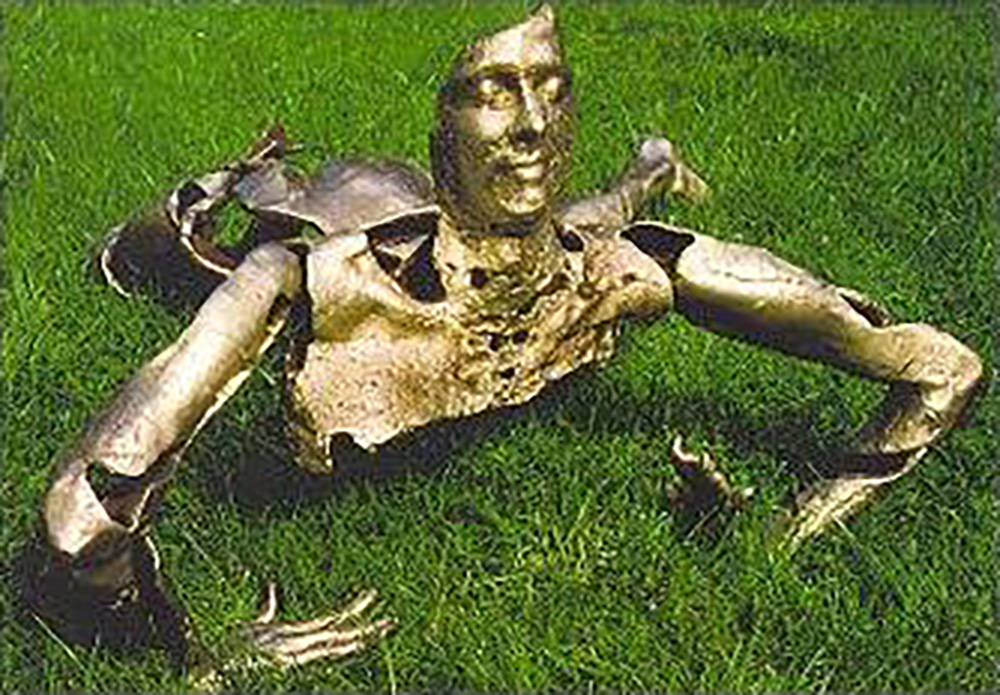 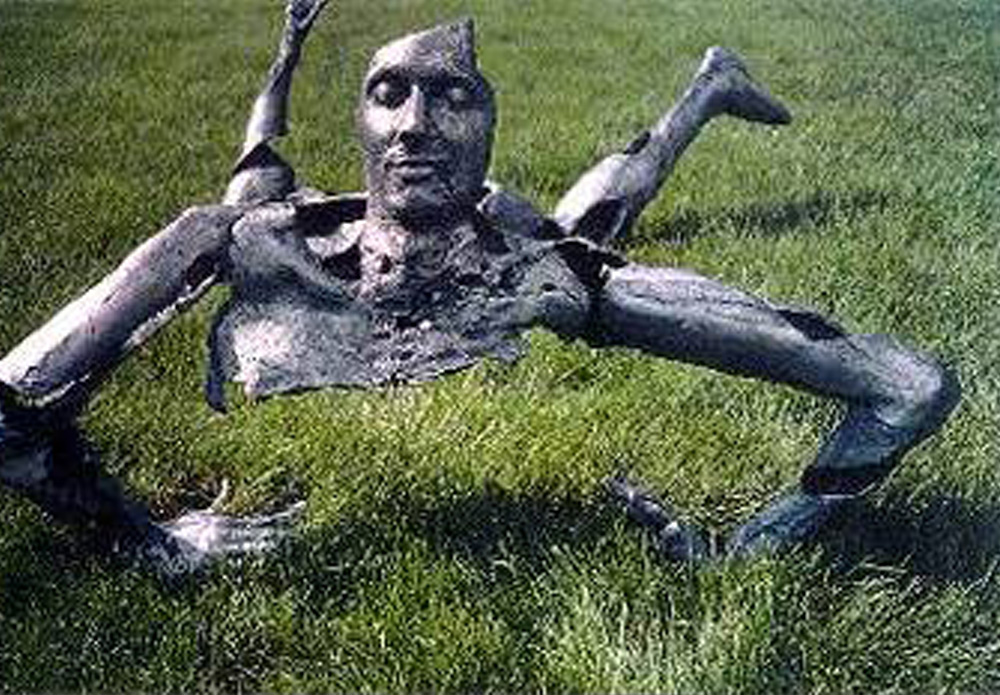 This is life-size polished cast metal sculpture of spiritual ecstasy. It is of a tortured person succeeding his physical form into the spiritual. Having recovered from seven years of migraines Ringsby found himself floating in the milky blue mineral waters of Agua Azul in southern Mexico. There he had something of a paranormal experience. He felt as if his past identity, that of a tortured victim which was literally sloughed off him, like a snake skin; and that was marvelous. Marvelous, 1991 & 1992 represents that metamorphosis. In a certain sense, Ringsby worked as an agent of time in creation of Marvelous, 1991 & 1992. The human form seems to have survived the ravages of time. Structurally, it has been reduced to spirals. From the hands and feet bright bands of metal flow in spiral fashion around the natural contours of the limb to its end. The head, chest and waist are also reduced curving forms. Rough, large open spaces in the piece will allow the viewer to explore the interior and exterior of the piece. From direct impressions taken of himself, Ringsby deconstructed the wax models and refashioned them to capture a certain experience, then cast them anew in metal. This is the spiritual bliss of a man made whole. The sculpture is ironic, a horribly tortured figure, a holocaust victim, smiling with complete delight. This is the exaltation of release from the spiritual gulag. The Cartesian dichotomy between the mind and the body is depicted as the isolation of the mind from the body as if completely unrelated. In Ringsby’s case it was simply too painful for the mind / spirit to live in the body so one lived outside each other. This unraveled old self gave birth to a whole being which, free from pain of the body, could finally blossom and grow.