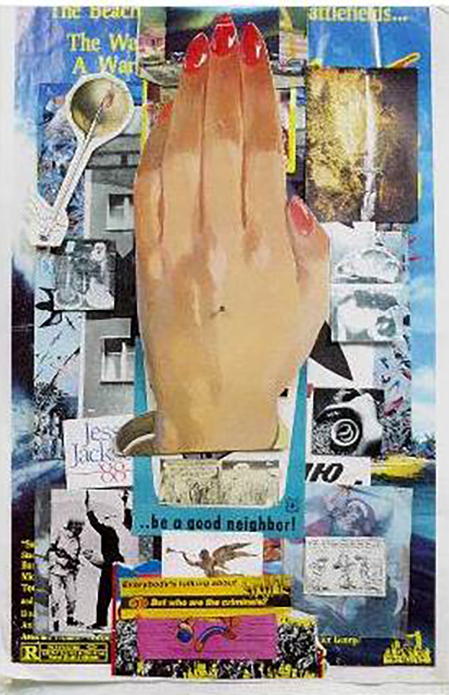 Ringsby became very interested in collage art while studying art history at a private college in northern Britain. There he created Homage to Schwitters, 1987 in response to the prolific Dada artist Kurt Schwitters and his collages of discarded paper he called Merz (trash). This giant collage, 15 x 6 x 1 feet, was made of a random assortment of images on paper, with a particular interest in political, religious and war imagery in Ringsby’s studio in York, England. Carrying on his interest in Dada imagery in Chicago, Ringsby created five collages with the same general idea as before for the Mano Poderosa installation. In this series of collages Ringsby focused on layering Dadaist, martial, geopolitical and Mexican religious images.