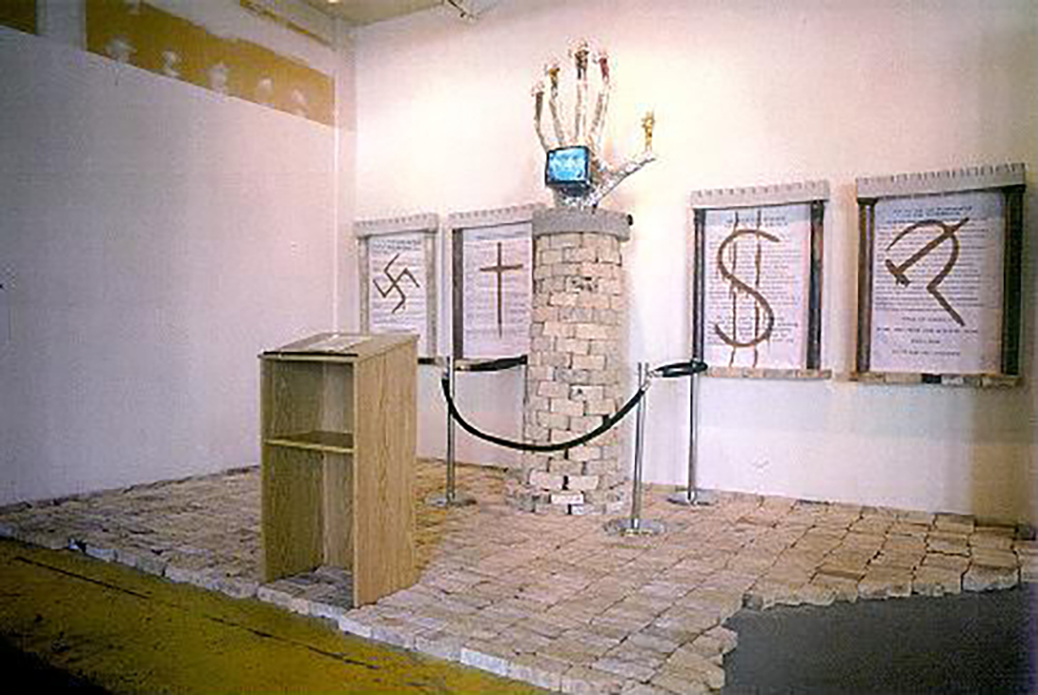 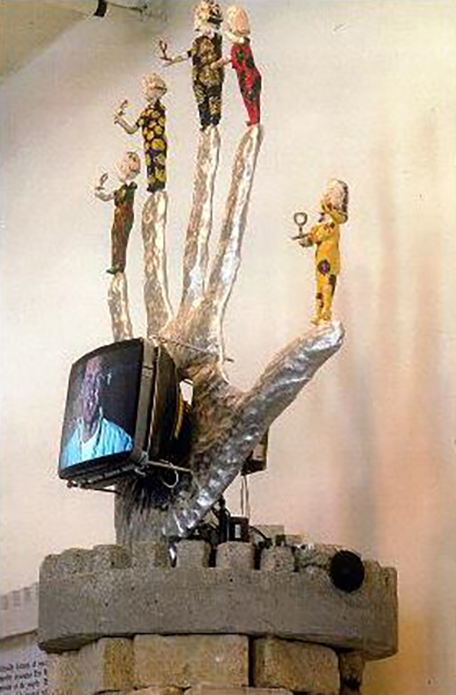 In Mano Poderosa No. 4,1995 Ringsby used tons of Chicago brick, as in the first two installations, to create an architectural environment reminiscent of ancient religious structures. However, The Tower of Babel, 1994 and The Gulag, 1994 were eliminated in this installation. In their place Ringsby created a more directly political rather than architectural milieu. Mounted on the wall to each side of the tower were four “Politically Correct Proclamations.” Taken directly from Ringsby’s artist video, “Portrait of the Artist as the Enemy”‘, the intentionally propagandistic political statements publicly call for the expulsion of Ringsby from “the Academy”. Central to the fourth version of this installation is the lectern placed in front of the tower. On the lectern is Ringsby’s petition to have himself expelled from his university for being politically incorrect. Specifically the petition states: “Our Multicultural Multigender, Radical Feminist Movement for a More Liberal Tomorrow Must Have None in Disagreement with Our Ideals!” Some 500 people signed. The petition was not accepted nor would it be commented on by school authorities. The commentary offered from the viewing public was generally very derogative from women and rather positive from men.