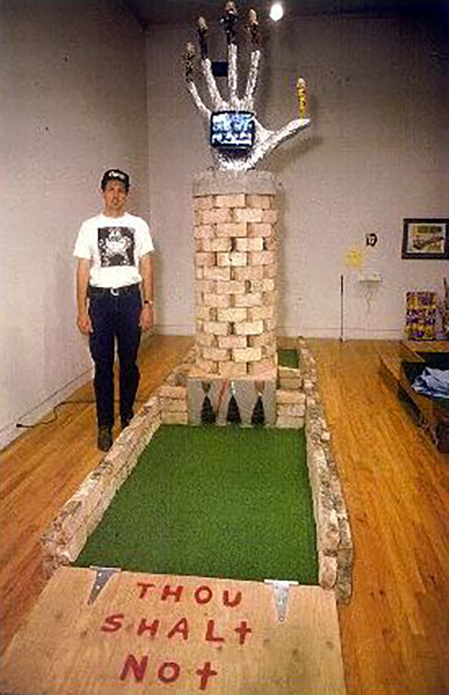 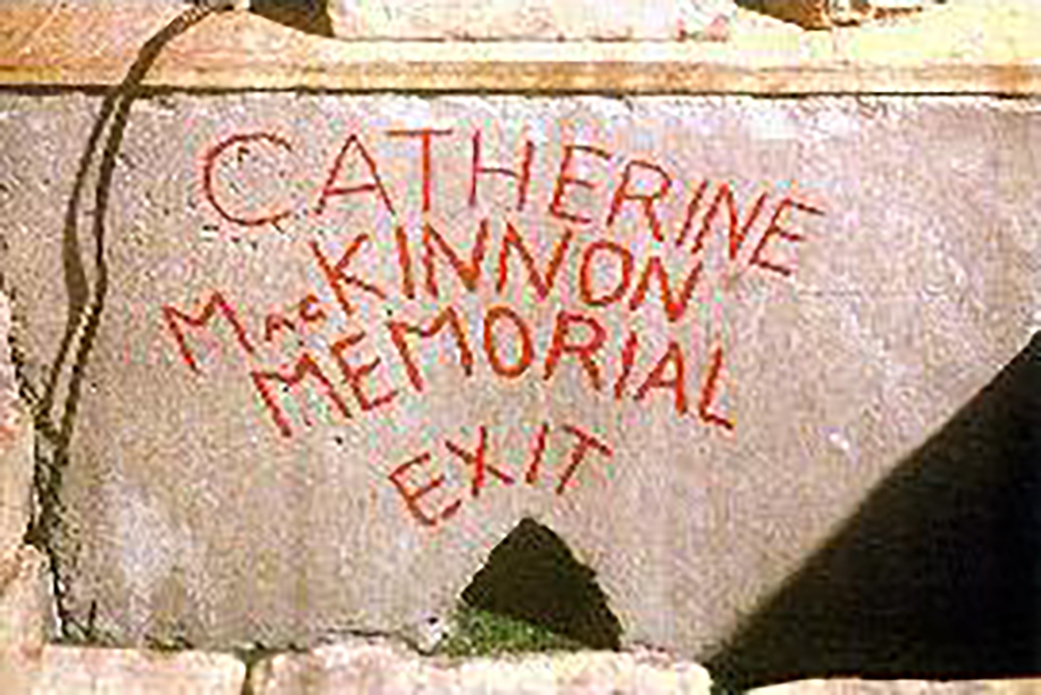 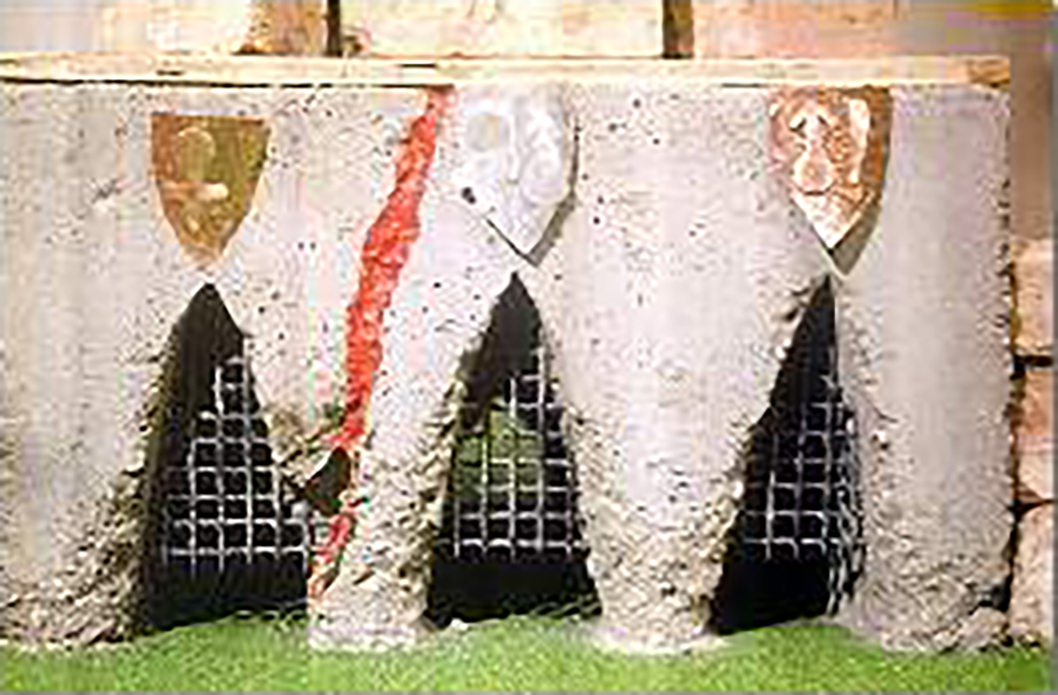 Mano Poderosa No. 3, 1994 was a fairly radical departure from No. 2 This version was adapted into a mini-golf version for a special exhibition called, Playing Around (as in playing a round of golf and just having fun) at the Aspen Art Museum in Aspen, Colorado. On entered Ringsby’s installation over the “T’HOU SHALT NOT” bridge crossed the invisible moat that separates academia from the rest of the world. The Biblical phrase was deliberately incomplete to set the tone of an intolerant quasi-religious environment. One had to shoo under the tower, through one of three castle gates, to get to the hole on the other side. The hand used the ivory brick tower, adapted fro The Torch of Liberty, 1993. Gothic arches with portcullises open 3 above the Astroturf formed the entrance holes. Above each gate was a shield of allegiance. To the far right was the male symbol wit exclamation point. This gate put your ball out the “Slobodon Milosevic Memorial Exit” (Milosevic was a Serbian dictator) and into the moat. To the far left was the female symbol with exclamation point. This gate led your ball out the “Catherine MacKinnon Memorial Exit” (MacKinnon was a radical feminist theorist) and into the moat. The central shield of male and female symbols combine led directly to the hole. Cooperation between the sexes can score hole in one. Ringsby was exhausted by the ongoing war between the sexes.